The relaxed forested community of Summit Park is a collection of new and old.  It was established around 1957, primarily for summer cabins.  It is conveniently located 10 minutes from Park City and 15 minutes from Salt Lake City along Interstate 80. It encompasses 21.7 square miles at an elevation of 6800 feet.

Summit Park sits adjacent to Parleys Summit and is named after Parley P. Pratt, an early settler who was contracted to build a toll road.  “The Golden Pass Road”, as it was called, was started in 1848 and completed in 1850. It was considered the primary western route into the Salt Lake Valley.  Parleys Canyon was also used by a narrow gauge spur line, owned by the Denver and Rio Grande Western Railroad.  Remnants of this rail line, namely the cuts for the “Horseshoe Curves”, can still be visible on the south side of the interstate as you reach the summit.

Tuesday, March 3rd at 7 pm at The Moose Cafe. Please join us; we will be discussing the most recent Constitution/Bylaws dated 1/11/2019 which can… 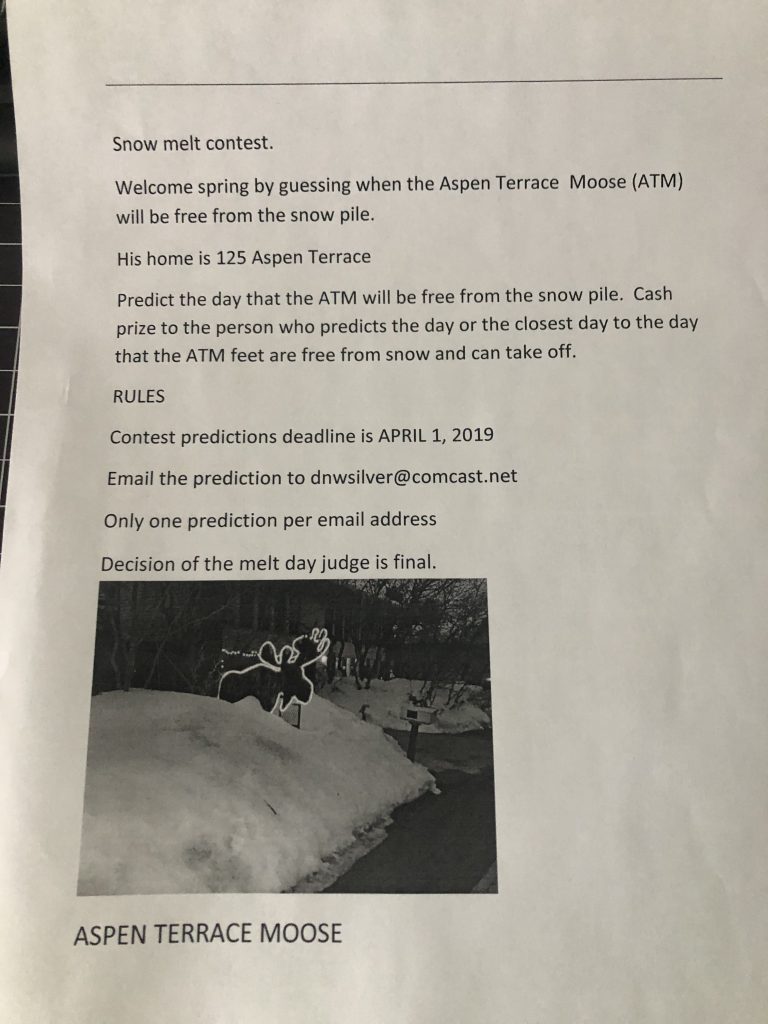 Welcome spring by guessing when the Aspen Terrace Moose (ATM) will be free from the snow pile. His home is 125 Aspen Terrace. Predict the…

From Summit Community Power Works: “Are you interested in saving money on your energy bills while also making a positive contribution to our local community?…

Start clearing your brush and making some piles for chipping! The Park City Fire Department will be offering free chipping to Summit Park residents from…